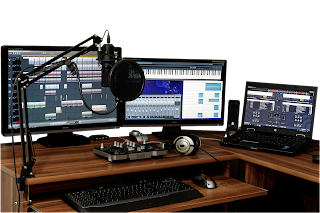 Mix engineers are called upon to try and do more options than ever before. Individual track editing utilized to be performed by the producer way before the mixing stage, but mixers now learn that it's portion of the job they're expected to try and do contained in the mix.
“No matter how great the members to the session are, almost always there is some percentage of a recording which doesn't feel quite right. Usually, the timing from the basic tracks is going to be tweaked just after your tracking session so you do have a solid rhythm section to overdub against, however, if you're at the moment discovering some areas of an overdub that will not feel right (which happens over you can think), get ready for the thrill of slipping and sliding time.
Here's a list of several of the do's and don'ts for tweaking the track timing:

Click here to read more....
Posted by ViennaCC at 6:00 PM No comments: