Click here to read more....
Posted by ViennaCC at 7:42 PM No comments: 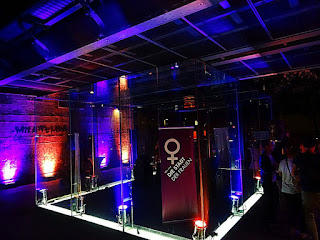 By the end of March, noted rodent DJ and producer deadmau5 released Where's The Drop?, a recording that compiles new orchestral works the artist wrote with Gregory Reveret in addition to orchestral arrangements of mau5's back catalog. The release marked a departure for the producer (aka Joel Zimmerman) who has generated a reputation over the past thirteen years as one of the progenitors of popular festival-sized EDM in the United States.

Click here to read more....
Posted by ViennaCC at 6:29 PM No comments:

Getting great photographs of the world in motion is a difficult task. More than any other kind of photography, action photography demands lightning-quick reflexes, a solid foundation in composition a…

Posted by ViennaCC at 6:00 AM No comments: