#Musicproduction: Tips For Songwriting Part 2 Of 5 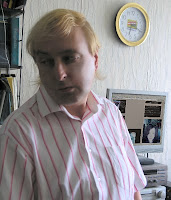 Tips For Songwriting Part 2 Of 5

You may find that you'll require more direction than a designated daily writing session. One great exercise, object writing, is nicely described by Berklee College of Music songwriting teacher Pat Pattison in the book Writing Better Lyrics (Writer's Digest, 2010). In object writing, you decide on an object—sand, map, refrigerator, potato, you name it—and write for 10 minutes about any sense memories you keep company with it. Don't be worried about composing complete sentences, and try to engage as much senses that you can: not merely sight, smell, taste, feel, and sound, but organic sense (what's going on inside your body—like, nervous jitters or fatigue) and kinesthetic sense (which Pattison describes as your sense of relation to the entire world around you, like seasickness or drunkenness).

Among the benefits of object writing is that, on top, you're currently talking about an object, not yourself, so you're less self-conscious. And yet, when you try this well, you reveal a whole lot about yourself through your perceptions and memories.

Try making word lists using two stylistically different books—they do not need to be poetry or even literary. (My university songwriting class recently had fun achieving this with one batch of words from the social-science textbook and another from Tina Fey's Bossypants.) You can, as Tweedy did, collect nouns and verbs, or mix adjectives and nouns (a little like Mad Libs), or you are able to disregard the areas of speech entirely and grab any words that appear juicy. It's better yet if your list includes words not normally found in songs—which will certainly steer you away from songwriting clichés.

Speaking of creating lists, as you go about your normal routine, keep your ears and eyes open for intriguing words and phrases, and record them in your journal. Just a couple of words can suggest an entire story and musical feel. My own, personal songs “Stop, Drop, and Roll,” “The Day After Yesterday,” and “My Life Doesn't Rhyme” all started with their title phrases popping up in conversation.

This kind of group creation, in which no person knows where in fact the writing moved and where it's going, never doesn't be funny—and it may come out unexpectedly deep. When each writer follows the drift of the prior line, the whole piece often seems to really have a plot and dreamlike logic.

One variation on exquisite corpse is better played in a noisy and distracted environment, such as for instance a bar, in which it's impossible to concentrate. With someone or a small band of friends, pass a page of paper or napkin back and forth, writing a range at the same time without referring to what you're doing—you may even do this while carrying on a discussion about something else. With the distractions there's you should not fold the paper. Again, the idea is to publish quickly, without thinking, and to let serendipity take charge.
Posted by ViennaCC at 3:15 PM