#Photoshop: How to Create a Hollywood Film Noir Portrait 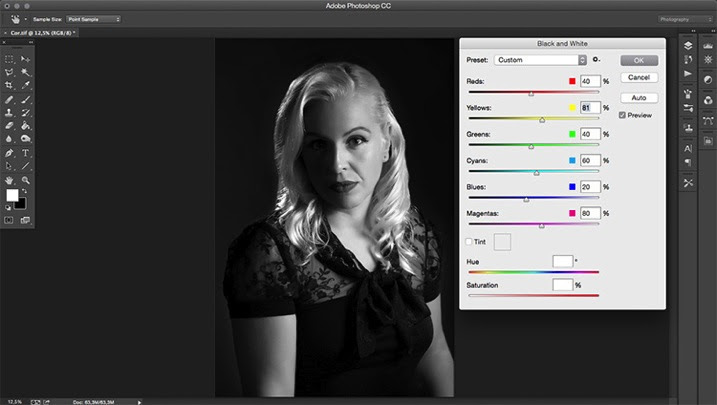 I have always had a soft spot for 1940s and 50s Film Noir, where there is always a gorgeous Femme Fatale, whose charms are most likely going to get you killed. The light in those movies is the key to the ambience of mystery and danger, and I love the way the scenes are composed with smoke, shadows, and the black and white high drama with dim light aesthetic.
These movies were mostly low-budget productions shot on location in city streets, with an abundance of night scenes, where crime is the main plot. Low-key lighting is the common thread of Film Noir, with harsh light that create deep shadows, resulting in a high contrast black and white.
As a photographer the actresses’ portraits that were used by the studios for promotion really fascinate me, and I guess it influences a lot of my portraiture work.

#Photoshop: How to Create a Hollywood Film Noir Portrait
Posted by ViennaCC at 9:43 AM

Email ThisBlogThis!Share to TwitterShare to FacebookShare to Pinterest
Labels: Photoshop