Tomatoes are fine. but not on a T shirt. Not printed, not spilled, not anyway.

Tomatoes are fine. but not on a T-shirt. Not printed, not spilled, not anyway.
Posted by ViennaCC at 9:05 PM No comments:

There’s something exhilarating about listening to a great vocal group hitting their stride with energy and attitude, and nailing both the groove and their tuning with ease! I’m not talking here so… 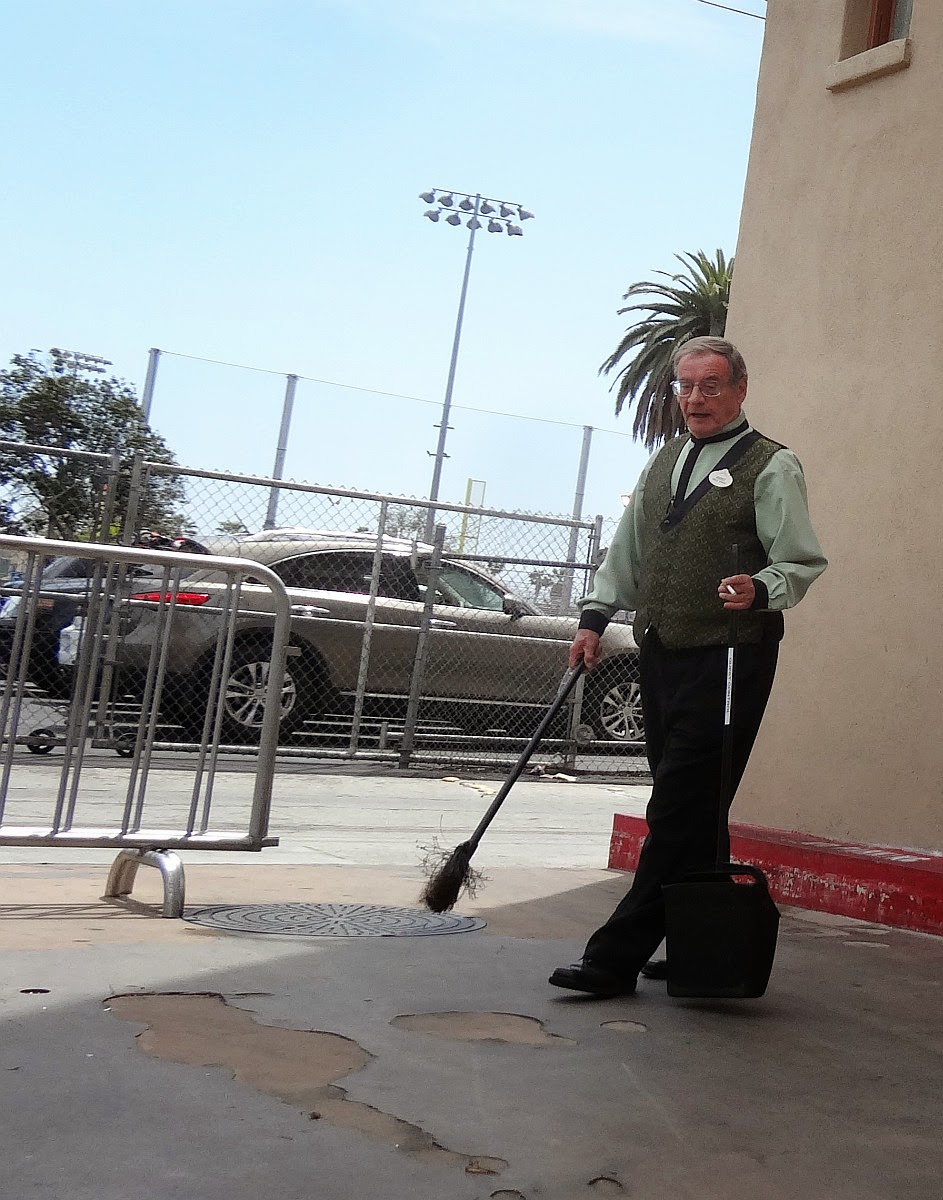 In a sidestreet of Hollywood Bvd I saw a man cleaning the street. His first name was written on a name badge on his jacket: "Horst". I was wondering about this German name. Then I saw that there was written "Berlin / Germany". He is employed in a hotel nearby.
I said: "Guten Tag, Herr Horst" (Good day, Mr.Horst). He smiled and started to talk about his life in Berlin, Guatemala, Chicago and Los Angeles. Later in the afternoon when I was walking with my suitcase to Metro to go to airport I met him again. He was on the way home.
Posted by ViennaCC at 12:42 PM No comments: