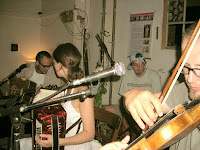 Went to Tuerkenwirt (TueWi) where Austrian band "Jana & die Piraten" (Jana and the pirates - watch my tv report and interview) were playing. Small location, suburban-indiemausic-subculture-adequate pub. Members of the band were also members of Vienna band "Unding". I produced a interview and musicvideo for tv with them. 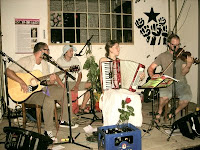 The band played pretty well, people liked it, some started to dance. 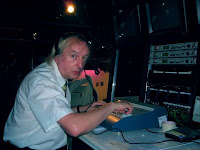 Working with UTV in TV studio of Vienna tv channel
OKTO as director's assistant on the camera mixer. Man, I did not learn that, did not study, but I worked it out.

First I helped a little to build up the scene in the studio. Then I was in my job in the live mix room. 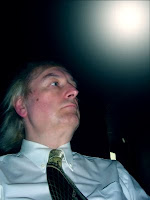 We took moderation for the next 3 magazine tv shows of the community UTV. My job was to switch the cameras at the right time, we made a live cut. Interesting to work in a tv studio. What challenges are there, what jobs are to do there? Well, I am not a newbie, was working behind the camera there, but it's never too late to learn. And learning by doing is a great chance to put hands on the machine. 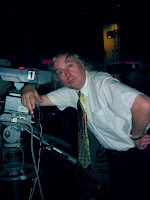 My tip: don't say "no, i cannot, i never did it before"; just say "i never did it and now I will learn that". Here some wise words from a beardy old sage whispering before he died under his eiderdown: "If you do what you can you will always be what you are." And the second thing he said was: "Rosebud", but forget it.

Nevertheless here some pictures from the hard work in the studio.
﻿
And here a few shots and scenes. I made this spontaneously with my very small photocamera with videofunction. I recorded it without additional light on 640x480. It's pure, it's quick and dirty, that's what it is.

Email ThisBlogThis!Share to TwitterShare to FacebookShare to Pinterest
Labels: schrenz 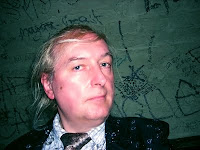 Quersumme11
Lyrics intensive punk/indie/rock, one song against Nazis german. A background bassplayer backing the band from the background, too cool to be hot. A drummer doing a good job with punch. The singer / guitarrist, obviously the mastermind and songwriter, doing ballad after ballad where I wonder how much time it took to learn all these very long lyrics.
Posing in front of a wall where "eat the rich, stealing is freedom" written on it. Socialpolitically engaged the band analyses the world around and fights the evil. Fights bronchial carcinoma, global warming and Nazis. A fight without compromises. In "A little violence" they sing: "I want to get back my destructive ambitions". 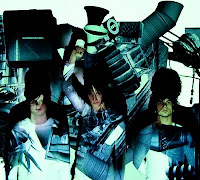 Milk+
A git/bass/drums band playing jazzrock. The guitar is plugged into a effect rig with usual effects like fuzz but the musician also can generate organ chords trigger by only one tone from the gibson. good show, loud sound. daz rock, man! 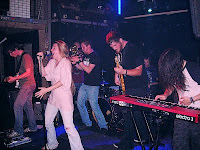 Palindrome
Welcome back from European tour through Poland, Latvia, Lithuania, Finland, Sweden, Norway, Germany. Jazzrock perfectly hammered. I once produced a musicvideo with the band, "
Monologue of the state".
﻿﻿﻿
﻿﻿﻿
Posted by ViennaCC at 10:46 AM No comments:

Posted by ViennaCC at 5:10 AM No comments:

Email ThisBlogThis!Share to TwitterShare to FacebookShare to Pinterest
Labels: mohandas 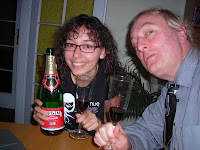 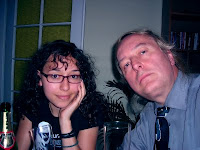 The glass, well, let's call it mood utility. I brought a bottle of krymsky champankoye, red Crimean champagne.
Posted by ViennaCC at 11:48 PM No comments: 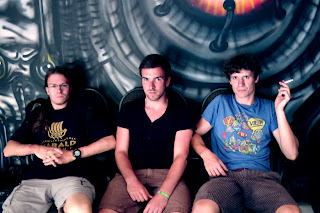 In the band's (Mohandas) practice room in Vienna, district 16, we first made shots for the musicvideo to their song "Never". I instructed the band to make the room white. They have a white wall and put a white blanket on the floor. I want to use a effect, the socalled bluebox-effect, to cut out the band from the background and then place the group in a virtual world. I did not want to tell them my plans, because it may happen that it will not work as planned - oh, what a shame. So, surprise, surprise! 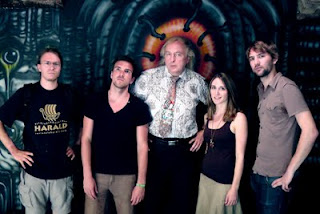 Later we recorded an interview with three members of the band, Martin, Matthias and Daniel. The room we took the shot has a very great painting in the background. Dark, sinister, mysterious. As usual I made mistakes, prattle and had a knot in the tongue. But the band was patiently waiting my 10th start. 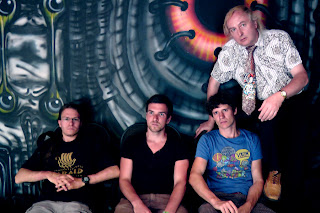 I asked the band about the bandname, which comes from one of Mohandas Karamchand Gandhi's first name. And what it's all (hm, what all?) about. It's about taking a glass bourbon and listen to the music. Strange, but they wrote that on their homepage. Cheers, man. 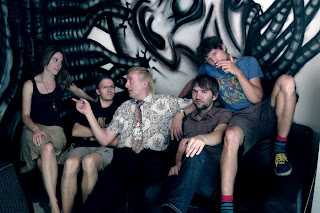 After 3.5 hours I had my material and went off. The band did not play in the room. Sunday (June 13) there will be a concert and I will take a few shots.
Posted by ViennaCC at 10:34 PM No comments:

Email ThisBlogThis!Share to TwitterShare to FacebookShare to Pinterest
Labels: mohandas 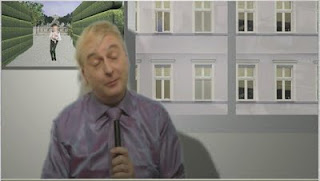 Published a short video advert. Wanted to produce a funny advert for my musicvideo Lady Smile. The idea was, what happens if you take easy spoken words words for serious.

Posted by ViennaCC at 1:45 AM No comments: