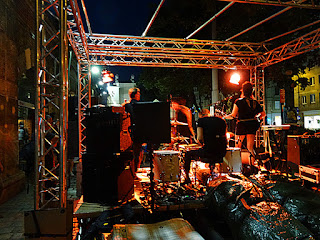 I've had mildly-spirited conversations with snooty audio engineers who think that rap is beneath them, as a variety offer “Pfft, it's only a two-track plus a vocal. Anyone could do that.” Whatever they ignore are the realities presented from the genre.
However, there are scenarios in which the music is just a two-track stereo mix, the tunes is frequently set up separate multitrack files to incorporate numerous tracks. Plus, “a vocal”? No, no, no. A cornucopia of vocals is a lot more it.
In addition to the truth about track count, there's a particular creative freedom that is included with mixing rap and hip-hop; it's both liberating and challenging. What's liberating is the chance do creative things that will be laughably inappropriate for most other genres. As an example, pitch-dropped vocals could work great in rap, but if learn about that in folk rock, the artist would rightly question your sanity.
What's especially challenging is successfully tapping to your creativity to create a mix that is not just balanced, and also interesting. To benefit your quest for both, Let me share eight tips that you may toss as part of your grab bag of sonic treats for mixing rap and hip-hop.

Not Every Saying Applies To Every Situation - Nicht jeder Spruch passt für alle Gelegenheiten #punchline #satire #pointe
Click here to read more....
Posted by ViennaCC at 5:21 AM No comments: