Where Winners End Up - Wo Gewinner letztendlich landen #punchline #satire #pointe
Click here to read more....
Posted by ViennaCC at 5:45 PM No comments: 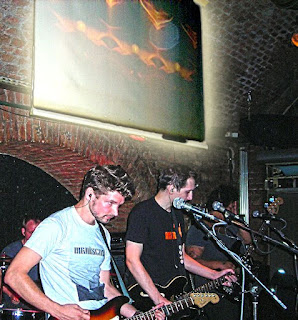 View of mixing is that it is possibly not a novel part of music production that you may definitively say, ‘It starts here and ends there '.
This process generally starts when you find a handful of ideas together over a few tracks, cycling around over a few bars in the DAW.
And it also doesn't actually end until you have a total song ready to learn – a process that itself could throw you straight into mixing if you have never ever done it properly (and a process that we'll dedicate another feature to as well).
So in truth, mixing may start when you take your original ideas – audio (vocals, guitars etc) or MIDI parts – after which start throwing them around in the arrangement, and you'll probably end up tweaking and mixing as you go and therefore really isn' problem.

Click here to read more....
Posted by ViennaCC at 1:42 PM No comments:

Song of the day: Not My City

Song of the day: Not My City
Click here for lyrics

Posted by ViennaCC at 7:30 AM No comments: