#Musicproduction: 5 operating errors of audio equipment that became a legend 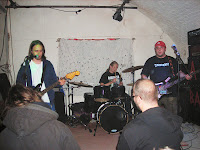 "Wrong" use - which turned out to be awesome
Not everything that is frequently done today in sound engineering has been intentionally created. Sometimes the coincidence or the pioneering spirit of the users had to help a little bit. Luckily! Otherwise there would have been no such important thing in music production. Tweaks, Hacks, call it what you want - here are five of them:

A dynamic device that barely diverts the most important parameters? Exactly that is the Urei 1176 (later Universal Audio 1176) in the All-Buttons-Mode. It sounds like a child's sense of discovery to press down all four ratio buttons at the same time. Normally, springs make one switch pop out when you press another. The result is awesome, because the striking, lively pumping makes many signals particularly snotty - Engineers around the world love this setting, a secret is not that long ago.

"Either you lower off with Attenuate or you start up with Boost." - "And if I just do both at the same time?" - "I do not know, but give it a try." This is the kind of entertainment that could have gone before the Pultec PEQ. And instead of the complete eradication of supposedly exactly opposite attitudes happens something that has shaped the bass drum sound of many decades - and that certainly continues to do.

Maybe a poor intern got a nasty ruffle when he picked up a microphone that was still plugged into a room corner. Maybe it was also under a cupboard, maybe it's just one of those "urban myths". Anyway, the Dirt-Mike is a popular medium when recording drums - and it works great with the All-Buttons-Mode!

Analog-to-digital converters sound great today. That was not always so, the early AD and DA converters had a weak resolution and many problems. Whether modest and only slightly "britzelig" as some drum machines or almost unrecognizable: that has quite its appeal. The Bitcrusher effect was born - and can also be used outside of IDM (for example "Aphex Twin" and Digital Hardcore (for example: "Atari Teenage Riot").

A dynamic microphone and a dynamic speaker work on the same principle. In this respect, both can be operated vice versa, ie a microphone as a speaker and a speaker as a microphone. And the latter is said to have been made during the recording of the bass drum of a certain "Ringo" from Liverpool - which is said to have resulted in a written warning about "using false impedances". And there are certainly more examples, such as using too short attack times of a gate to popping Percussionsignale properly, voltage drain on transistors, a Beyerdynamic M88 in the bass drum - and in general: distortions! After all, these were actually "bad". But what would Metal be without distorted guitars? Do you see…