Click here to read more....
Posted by ViennaCC at 8:51 PM No comments:

Three labourers killed in a road mishap
Blackout of electronic road map
Boy hangs self as father fails to buy him a computer
Yet another death of future egoshooter
HBO's 'Game of Thrones' premiere draws 6.6 million viewers
Fascination of heros contra evildoers
Man bites off man's finger at concert in California
Could also happen in London or in Malaga
Gas leak at Krupp steel plant kills five, 35 others affected
AP: YSR Congress candidate who died in accident elected
Blue Star Airline raises full-year forecast after smaller loss
CEO responsible, but consumer is the boss
Posted by ViennaCC at 4:51 PM No comments:

#Photography: What Makes Photographs To Stand Out? 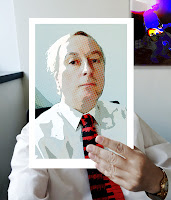 Art is really subjective that there surely is no correct answer to this question. But there are a few things that can allow you to analyze a photograph. I find it interesting that the majority of people can tell the difference between a typical and a good photo and select the ‘better'one, nevertheless they struggle to articulate why. Here are some of these harder-to-explain things that might draw them toward the ‘better'picture. I'm sure there's additional things I've missed - we never stop learning:

Click here to read more....
Posted by ViennaCC at 1:54 PM No comments:

We all hate sudden changes in loudness - they're the #1 source of user complaints.
To avoid this and save us from being "blasted" unexpectedly, online streaming services measure loudness, and turn down music recorded at higher levels. We call this reduction

Click here to read more....
Posted by ViennaCC at 2:30 AM No comments: