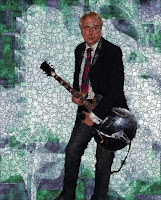 Why do songwriters fall into a near-catatonic state the moment they hear the words "song structure"? I believe it's because structure sounds being a limitation, a BIG limitation, and nobody likes that.
But, like anything else about songwriting, you will discover creative ways to play along with it as soon as you the way works. So, ok, i'll provide you with lots of the way to get crazy with song structure.

VERSE / VERSE / VERSE / VERSE & then more verses, etc.
The folk song form is basic and repetitive. It's simply a string of verses, usually using a refrain line repeated in the beginning or end of the verse. Frequency higher an illustration of the folk song form in a standard English ballad like "Pretty Polly" or the American folk song "She'll Be Coming'Surrounding the Mountain."
Play around with it: Here's a great way to convey a contemporary twist to this repetitive song structure. Sing a verse or two then sing your next verse an octave higher. The upward leap will add energy, making it seem to be a chorus. Following a couple more verses, repeat that "chorus" section (lyric and octave-up melody).
Frequency higher this creative trick in hit songs like "Iris" because of the Goo Goo Dolls, Billy Joel's "Piano Man," and "If I Were a Boy" recorded by Beyoncé ;.
Play around with it a lot more: "Humble and Kind" recorded by Tim McGraw is usually an interesting variation about the "octave-up" idea. The melody of the section is comparable every verse ends using a title/refrain line ("Always stay humble and kind"), but some of the verses are raised with a fifth in lieu of an octave, plus the melody reaches upward suggesting the action and feel on the chorus without the large octave leap. This song was obviously a mega-hit for McGraw.

VERSE / VERSE / BRIDGE / VERSE
This method is often referred to as AABA. It had been the dominant song form utilized by the fantastic songwriters of the'30s and'40s, one of them Cole Porter, Rodgers and Hammerstein, Dorothy Fields, Hoagy Carmichael, George and Ira Gershwin, Kurt Weil, Johnny Mercer, and so many more. An incredible instance of this song form is "In the Rainbow" created by Harold Arlen and Yip Harburg.
The proper execution lasted to the 1960s if this was used by Lennon and McCartney in songs like "Love Me Do and "Yesterday."
It finally lost its hang on the Pop genre inside late'60s nonetheless it still appears about the charts every once in a while by incorporating clever revamping. If you need to try something more important, here's a few ideas.
Double your fun: Try writing two bridges. Sting made the almost all of this song form in "Every Breath You Take" recorded by The Police. The song includes a constrained verse melody with just a four-note range, but after two verses it breaks away in to a bridge section ("Oh, can't the thing is that /You are members of me").
The bridge climbs upward then falls back to the subdued melody of the verse, only to launch itself to the stratosphere using a second bridge ("Since you've gone I been lost with no trace…") This skillful use of the bridge to get away on the monotonous verse melody is quite effective.
Build it up: For other great ideas, consider "Nothing Else Matters" by Metallica. (I'm personally fond of the duvet cover version with a Belgian girls'choir called Scala.) This song depends on three verse sections, each by incorporating variations inside melody, then a quick B section, then returning to the A section.
Somehow Metallica managed to create a six-minute masterpiece from this inherently short song form.
Fool aound using this type of: Contemporary Country is mostly of the places it is possible to still hear hit songs with the AABA structure. Keith Urban's "Somebody Like You" includes a B section that's so big and brazen it appears much more a chorus than a bridge! However, it never resolves to the home key and does NOT include the title of the song, even though the verses each end with a deep refrain line that does each of those things.
This song remains to be one of Urban's biggest hits. Kenny Chesney's "Better As a Memory" is an additional AABA Country hit. I believe isn't it about time a couple of more, right?

VERSE / CHORUS
VERSE / CHORUS
BRIDGE / CHORUS
You've heard this song structure so often I think you're royally sick of it. About several Pop and Rock hits are actually according to this structure, from "Stayin'Alive" because of the Bee Gees to Tina Turner's timeless "What's Love Reached Do With It." Van Halen and Bon Jovi completed it, substituting guitar solos to get a vocal bridge.
And it is always around today, just like popular as it ever was, in Pop hits like "Treat You Better" by Shawn Mendes, Country hit "The House That Built Me" recorded by Miranda Lambert, and  two-times platinum EDM song "Titanium" by David Guetta and Sia.
So, let's examine if you can consider using a little creative construction because of this classic song form.
Expand what you've got: In "What About Us" P!nk follows this structure to the letter until she's to the bridge section.  Here, she repeats no more the chorus and then sings an extended bridge section having a melody based on the instrumental piano hook that's been running during the entire song. If you then have a strong instrumental riff anchoring your song, take into consideration incorporating it to the bridge.
Surprise yourself:  Many songs in this way have two verses prior to them getting to the primary chorus. Rachel Platten's anthemic Pop hit "Stand By You" is not any exception. To spice up this basic song form, she jumps to the chorus early. Look at song and notice how the last line in the verse becomes the first verse in the chorus. It's a great way to freshen up this transition.

VERSE / PRE-CHORUS / CHORUS
VERSE / PRE-CHORUS / CHORUS
BRIDGE / CHORUS
The pre-chorus was a common structural component of hit songs from the late 1990s but it really was around some time before that in hits like Michael Jackson's "Billie Jean" (1982).
A pre-chorus increases the songwriter and producer a way to accumulate the action and anticipation needed to launch an audio lesson into the amount of powerhouse chorus that has turned into a staple of today's Pop, Rock, and Country genres.
You can hear a great instance of an energy-building pre-chorus in "Stronger (What Doesn't Kill You)," a monster Pop hit for Kelly Clarkson.
Re-tool it:  Start your song having a chorus.  This is becoming more prevalent these days. You can hear it in undeniable hits like "We Don't Talk Anymore" by Charlie Puth and Justin Bieber's "What Do You Mean?"
Remember that when you begin having a chorus, your listener doesn't know anything concerning the situation or characters with your song yet, so the chorus must be compelling on its own. Maybe consider using a teaser, simply a line or two from the chorus then jump into a solid opening verse.
Explore the limits:  Consider using a short, hook-based chorus like "Hold Me" by Fleetwood Mac, or "Burn" by Ellie Goulding ("We're gonna allow it burn, burn, burn, burn.") Use lots of syncopation with your melody to keep it catchy and interesting.
What the results are if you...  Write one third verse as opposed to a bridge. Look at Scotty McCreery's Country hit "Five More Minutes" to listen for this idea.
Push the boundaries: Create a major, theatrical pre-chorus like Imagine Dragons'"Natural" ("That's the price you pay / Forget your heartache cast away"). Or design your pre-chorus a rhythmical song-stopper such as Meghan Trainor's "No Excuses: "Have you lost… your… mind&hellip ;.Open up… your… eyes."
Now confuse it: Put in a post-chorus like Beyoncé' s "Halo": "I can seem to be your halo, halo, halo," repeated following your chorus.
And confuse it a lot more: Taylor Swift is actually having fun with this structure in "Delicate." The song appears to open using the pre-chorus. Wha??? ("This ain't to find the best / My reputation's never been worse"). This moves into the primary verse and then back to the pre-chorus section as well as on to the chorus. ("Is it cool that I said everything? Is it chill that movie my head?")
That pre-chorus sure is catchy, though, with lots of hooks.
Today's hit songs are stuffed with hooks. If you then have a section like this, with a solid, easy-to-remember hook melody and also a lyric that moves your song along and looks after a tight focus on your theme, you might end up with two choruses which is likely to be what Swift has here. Hooks rule in the present radio hits and structure has to go over to create room.

As you can tell, you'll find lots of creative possiblities, many greater than I've listed here. Just take note of successful songs to discover how they're stretching, bending, and otherwise molding these standard song forms into something new. Do you identify the normal structure underneath? Can you do the like inside a song for yourself?
As opposed to giving up on song structure as something that couldn't possibly get your interest, transform it into an inventive tool that surprises listeners and keeps your songwriting fresh.
Posted by ViennaCC at 4:00 AM