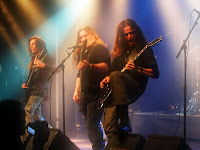 Before stepping into the specifics of the equalizer and settings he's using, Thorp discusses the order where he likes to position the consequences on the master bus. He explains that he generally likes to place the EQ after the compressor, both on the stereo bus and on individual channels. For the latter, he says he'll usually have a de-esser or multiband de-esser first, then the compressor and finally the EQ.
However, he stresses that “EQ after compressor" is not just a hard-and-fast rule, it's only what works best for him.He recommends that you check it out both ways to discover which you like better.
Whether to place the EQ ahead of the compressor can be a case-by-case decision, depending on the source and context. Bear in mind that if the EQ comes before it, the compressor may act differently depending on which you've changed in the frequency content. As an example, if you cut fully out lots of bass, it will more than likely bring about less compression, because low frequencies trigger a compressor more heavily than mids and highs. Depending on the situation, that may or might not be what you want.

Thorp chooses a UAD plug-in emulation of a Millenia NSEQ-2 equalizer for the stereo bus. The plug-in faithfully recreates the original hardware, a stereo EQ with “Twin Topology" circuitry that enables the consumer to select between emulations of a pipe or solid-state signal path. With this song, Thorp complements the default, which will be the modeled tube circuitry. 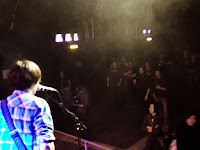 Much like the Shadow Hills Mastering Compressor that he used for bus compression, Thorp sets the NSEQ-2 to linked mode, so the settings he produces one side are mirrored on the other.
If you saw the “Al Schmitt Mixes Cyrill Aimée" video (or the free excerpt), you'll recall that Schmitt used an NTI EQ3 hardware equalizer on the master bus to enhance the airiness of the mix. Thorp applies a similar tactic here, using the NSEQ-2's highest band only, boosting slightly—about two notches on the knob—at 21kHz.
Thorp says that boosting in this range provides the mix a sonic sheen. He plays back the track, and it sounds subtly brighter. He highlights that if adding the EQ, everything is a little clearer; with the individual elements more distinguishable in the stereo field. He likes the effect it has on the cymbals too, providing them with a “nice splash." He highlights that on the stereo bus, a bit of equalization goes a lengthy way.

While adding “air" is one of many main reasons engineers and producers use EQ on the master bus, it's not the sole one. One caveat: If your mix will get mastered with a pro, there's a quarrel to be designed to leave the stereo bus EQ-ing to the mastering engineer. He or she not merely includes a pristine and extremely accurate monitoring setup, but in addition, presumably, a quickly tuned set of ears, and a lot of experience with processing stereo mixes.
Nevertheless, what else are you able to do with stereo bus EQ? One application is to try to match the general frequency response of your mix with that of a guide song that you're trying to create your mix sound like. It's a lot easier said than done, but you are able to A/B your mix against the reference and try to create some subtle adjustments to more closely match it. Some people use matching EQs for this purpose. They'll use one to “capture" the EQ curve from a guide and apply it to the mix.
Another application for master bus EQ is when you yourself have a great sounding vintage EQ or vintage EQ emulation plug-in which will impart a pleasant warmth or another tonal attribute to your mix; you should insert it strictly for coloration.
You might also utilize the master bus to insert a high-pass filter (aka “low-cut" filter) that will eliminate frequencies below about 30Hz, to simply help clear up low-end muddiness. If you're mixing in a genre where in fact the subsonic bass is important, such as for example dance music or hip hop, you most likely don't desire to cut fully out that range. But also for a great many other musical styles, high-passing the master will help overall clarity.

Let's continue the discussion of high-passing, but change the focus from the stereo bus to individual instrument tracks. You won't have the maximum amount of have to high-pass the master if you do it consistently on individual tracks.
You'd be surprised simply how much unnecessary low end you may get gone on vocals and on a lot of instruments just by high-passing. Whereas on the master bus, that you do not desire to high-pass above about 30Hz (you'd remove from the low-end impact of the mix) you have far more flexibility on individual instruments. With the exception of kick and bass, many sources can be filtered at a much higher frequency. If you're careful how you place them, you may get gone a lot of low end mud without negatively impacting the tonality of the instrument.
Practically every EQ or channel strip plug-in includes a high-pass filter built in. One efficient way to determine what frequency setting it at, is to slowly move the frequency knob up until you audibly hear the instrument begin to thin out, and then back it off to right before that point.
Another variable with a high-pass filter could be the steepness of the slope, which determines how severely it rolls off. Typically, the most gentle slope is 6dB-per-octave, and there's also usually alternatives for 12dB-per-octave, 24dB-per-octave slope and sometimes a straight steeper slope.
Posted by ViennaCC at 2:06 PM