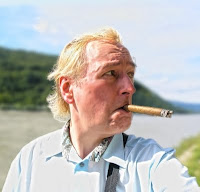 Against a backdrop of streaming being hailed (again) because the major driver behind the record industry's slow but steady go back to growth in the IFPI's numbers for 2017, the importance of streaming services as marketing platforms was the theme of the opening panel at Music Ally's Sandbox Summit conference in New York, April 2018.

Chaired by Music Ally's head of training and development, Wesley A'Harrah, the panel looked at how streaming is fitting holistically into artist marketing campaigns.

Mike Fordham of Primary Wave talked of the importance of Spotify but also of Pandora, in the US, here, with the latter especially allowing the artist voice itself to strengthen messaging. “Pandora has been a really helpful tool in to be able to communicate directly with the fans insurance firms the artist voice specifically reinforce plenty of the messaging,” he said. “It has been a tremendously effective tool once we utilise plenty of the messaging.”

Cindy James, VP of streaming & playlisting strategy at Island Records, added that video elements are actually punching above their weight too, but that labels need to be keenly alert to the limitations of the platform from the user's perspective.

“We have seen in-platform advertising be impactful, especially with regards to video ads as the customer generally needs to watch the video to have their free number of listening time,” she said.

“What is vital when utilizing advertising platforms is that you actually utilize the service yourself to understand what the restrictions are. With a portable free tier, what we see is a lot of companies do an offer for a one-track single product but don't realise that the customer can't play that one-track single product because of the mobile limitations. Pushing towards a playlist or an artist discography playlist of over 12 tracks is where we see the very best return on investment as the customer can consume the music.”

She added that Pandora's Artist Marketing Platform (AMP) has “a really high click-through rate because you are conversing with a customer who's already hearing the artist”, meaning there is existing fan affinity. She also warned against trying to advertise a full album on Spotify's free mobile tier, as free listeners on Spotify can't listen to a lot more than three tracks from that album, so advertising the album might not make probably the most sense.

Talking of this week's changes to the free tier on Spotify, JJ Italiano, Spotify's head of US artist and label marketing, felt it may now become a lot more effective. “So for tracks that are featured in a few of our flagship playlists like RapCaviar, if you were to operate a vehicle in there you could drive directly to that single track – so that will probably be beneficial to plenty of marketers,” he suggested.

Not in the major DSPs, Pablo Douzoglou, head of marketing at Beggars Group, described Facebook as “very crowded” and suggested that the necessity to believe a lot more creatively hasn't been higher. He cited carousel ads as a great way to be noticeable but repeated the earlier point about using the artist voice where you can. “By using the artist voice or presence that basically talk with the fanbase,” he said. “Utilising the artists here's very important.”

James stated that pre-saves are mushrooming when it comes to importance because they are giving marketers much richer user insight. “They're opt-in so they really enable you to scrape plenty of the consumer data,” she said, adding they feed into sharper retargeting everbody knows better where the consumer is in the marketing life cycle. “It does offer you that insight into the consumer journey.”

Related to the, Italiano argued that the follow button on Spotify is something he would like to see artists and labels use more as it can make them be guided and focused inside their marketing efforts. “Overall, I'm the follow feature is just a little underutilised,” he said. “I would strongly suggest that artists use that follow button I do think the follow button in tandem with releasing singles in advance has become the move right now.”

Italiano talked of the different areas that Spotify is stepping into with its own marketing, notably its Black History Is Now initiative. “We've a social curation team,” he said. “It is a new space for us. We recognise our responsibility as a social platform.”

He also talked about the service's takeover of the Broadway/Lafayette station on the New York Metro in tribute to David Bowie, suggesting this form of experimental marketing will be common for it. “We certainly intend to do more of the,” he said. “Spotify is just a pretty big platform now and there's plenty of culture happening there now.”

Douzoglou picked on this theme and stated that the fact all of the major DSPs are in an “outdoor arms race” when it comes to their advertising strategies is hugely advantageous to labels and artists at this time – especially because they often want to have the artists involved.

“There is a lot of competition between the services and we're really seeing it,” he explained, suggesting it was assisting to subsidise labels'own marketing spend via so-promotions. “It helps us on these campaigns to possess these partnerships.”
Posted by ViennaCC at 3:23 PM