#Photography: Should you upgrade from your smartphone camera? Here’s the difference…

Darren Waters takes a trip with his photographer father to find out how smartphone cameras stack up against the type of kit the pros use.

The best camera, the saying goes, is the one you have with you. And it’s probably a safe bet that camera is your mobile phone.

The introduction of the smartphone 10 years ago kickstarted a revolution in digital photography, and re-awakened our love affair with the camera.

Today we are spoiled for choice – from high-end smartphones, to mirrorless cameras that pack professional features into slimline bodies, to SLRs, still very much the choice of the pro, and used for everything from sport photography to film-making. 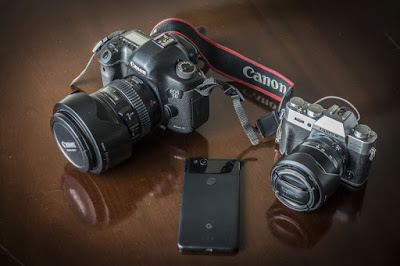 But which is the right camera for you? Trevor Waters is a retired professional photographer who worked for 40 years as a press snapper in Wales. He was one of the first in his professional sphere to embrace digital photography and 10 years after hanging up his camera strap as a job still takes photos on a range of different devices.

He also happens to be my father, and it was he who kindled my own love of photography.

To discuss the advances in technology, and how each device changes how you take pictures, we embarked on a photo-walk – a wander where the only goal is to snap some great images.

On a chilly March morning we head to the fringes of the Brecon Beacons where my father says the landscape will offer some great photos.

We went armed with a Google Pixel 2, considered by many to be the best smartphone camera currently on the market, a Fujifilm X-T20, a multi-award winning mirrorless camera and a Canon 5D Mark III, an SLR typically reserved for the pros.

Scrambling over the rocky outcrops in search of a good shot, he says: “When digital came into the professional world it opened up so many avenues of photography that were closed. It made things faster, easier to get that picture in front of a larger audience. 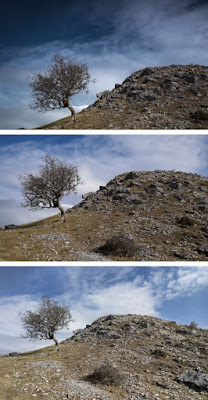 “It also opened the imagination. Things that were almost impossible before became, if not easier, certainly achievable.

“I embraced it wholeheartedly. Gone were the days of hiding in cupboards developing film, dashing to put your stuff on a late train to get to the newsroom to be developed.

“Now we had entered the age of the computer, of megapixels, of memory cards and of course having to remember to charge your gear before the start of the day.”

Eighty-five percent of all digital photographs taken last year were done so on a smartphone, data from InfoTrends reports. Aside from the explosion in volume, it’s the dramatic increase in photo quality that’s most astonishing.

Despite being a former pro, used to the most expensive gear, my father says ultimately the difference is in the photographer, not the camera.

He says: “Each camera is different but versatile in its own way. The enjoyment comes from creating and recording your view, your own slant on what your see around you.”

Time and time again I’m struck by how he spots a photo-opportunity in the most unlikely of places. As he clicks away on the Canon or the X-T20, I’m stood close by trying to copy the shot on the Google Pixel 2.

He says: “What I love about the camera phone is that it is available to almost everyone; recording life’s moments, encouraging imaginations, to create. It’s an art form that has been taken up by millions.

“Photography in whatever form is creation of ideas. That cannot be a bad thing.”

Every digital camera has three elements that combine to determine the quality of the image – the sensor, the lens, and the image processing that happens before, during and after you press the shutter.

While mobile phones will always be limited by the physics of the size of the device in terms of the lens and the sensor size, it’s in the image processing where the advances are happening.

The Pixel 2 is capable of taking astonishingly good images – and that’s largely due to the way Google process the pictures. Each time you press the shutter the phone is actually taking 10 images, and using artificial intelligence to combine the images to balance the exposure and colour into what it believes is the perfect photo.

And here are the results. See if you can tell which of these images was taken by the SLR, the mirrorless camera or the phone. 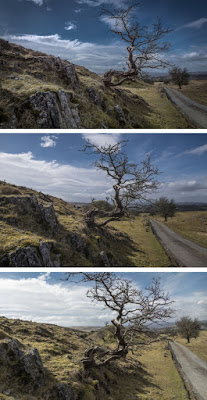 The nine images published here on a website page don’t look all that dissimilar, at first glance.

All of them have been edited in Adobe’s Lightroom software, in what is called RAW, a file format offered by many digital cameras, including many higher-end smartphones, that makes post-capture processing of elements such as exposure and colour a lot easier.

In case you were wondering, the top picture of each set of three was taken on the Canon 5D Mk III, the middle on the Fuji X-T20 and the bottom on the Pixel 2.

It should be pointed out that in bright, sunny conditions it’s easy for almost any camera to produce a good shot. SLR cameras and mirrorless cameras excel in low light thanks to bigger sensors and faster lenses, and in capturing action shots.

But there’s no doubting that camera phones are now capable of producing impressive images.

My father adds: “The quality of the Pixel 2 camera phone is quite amazing and could only be dreamt of just a few short years ago; almost the stuff of Sci-Fi.”

While Google is using its expertise in software and cloud computing to produce near-professional level images in a phone, there is still huge gulf between the devices, which you can’t really see from just a few images.

A photographer takes a picture with a Google Pixel 2 phone 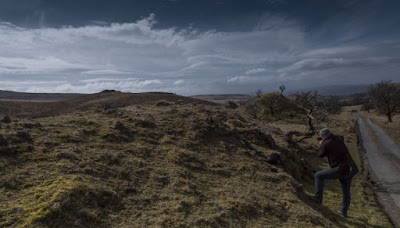 The Fujifilm X-T20 has quickly become a favourite of enthusiast photographers, who want more creative control of their images. Fuji has developed a strong reputation off the back of high-quality build, excellent lenses and image processing in the camera, which produces JPEGs that typically don’t need further editing in a tool like Lightroom.

As a manufacturer of film and slide film, Fuji’s in-camera software offers a range of different well-known Fuji film styles as you shoot, as well as giving the photographer a huge degree of control over the image as you shoot it.

The Fuji X-T20 produces incredibly sharp images, with really impressive dynamic range – which means it captures a lot of detail, even in the shadows and in the highlights of images.

My father is impressed. He says: “The quality of the images from the Fuji camera really is something to be appreciated.

“I find it quite extraordinary they use the same sensor which is in their top of the range model. I like the form factor and the electronic viewfinder is excellent.”

That detail in the X-T20’s photos means that if you do want to edit in a tool like Lightroom you can make changes without worrying about adding noise, or fuzziness, to the image.

The Google Pixel 2 is capable of capturing a good amount of detail – but the small sensor, lower dynamic range, and limited lens capabilities mean there’s less digital information to play with, so you are more limited with editing possibilities.

For most mobile camera users that won’t matter because the software is working hard to make the image as pleasing as possible from the moment you press the shutter. Most of us will also never look at our images on any device other than a mobile phone and to some extent smartphone cameras are taking pictures calibrated to look good on phone screens first and foremost.

Aside from the technical differences, the biggest difference between smartphone photography and taking photos on a camera like the X-T20 or the Canon 5D is speed. Not shutter speed – but speed in the pleasure of photography itself.

A photographer takes a picture of a wall 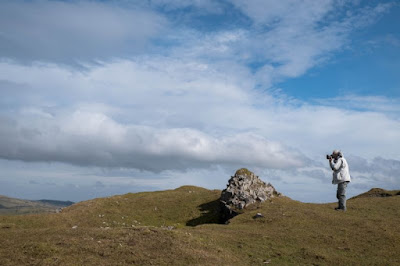 My father explains: “For most of my work now I use a tripod. The reason is mainly to slow the thinking process down; to not just look but to see the dynamic of what you are actually recording, and if possible put something of yourself into the picture, create your own style.

“Most of all is to enjoy taking pictures. It gets to be an addiction – the snapper’s curse in looking for the right light – but so satisfying.”

It’s fascinating watching him taking pictures – not just in the way he composes images, but also how he’s already thinking ahead to how he will process the images in Lightroom later. It’s no different to how film photographers used to – and in many case still do – plan their images by thinking about the dark room development of the film as they take their photographs.

While those days are gone for many – where the device, be it a phone or a standalone device has become dark room and camera in one – the pleasure of taking photographs remains.

He adds: “The future for photographers, phone carrying snappers and anyone who can feel the delight in taking pictures is very bright indeed.”
Posted by ViennaCC at 2:30 PM