How To Record Drum Machines 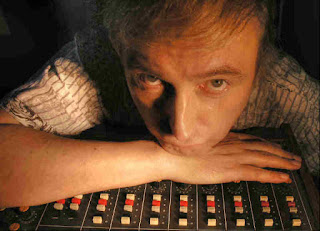 When drum machines like the Wurlitzer Side Man first came on to the scene in the late 1950s, some musicians worried that the new robotic drummers would replace them entirely.

Though this fear has yet to be realized, beat boxes and drum machines have become ubiquitous in nearly all forms of music produced today. Especially now that there are gigabytes of sample libraries and loops containing every classic drum machine ever made (including the extremely obscure pieces), as well as impressive software emulations.

But samples and software aren't always able to perfectly reproduce the sonic quirks of the physical muse—the sound of real circuits with all their analog non-linearities or the machines’ unique analog-to-digital converters. There's a certain magic to having the real box in the studio—and below, we're shedding light on the best ways to record them.

Whether you’re a lifelong beat box fan or have just picked up your first drum machine, keep reading for some tips and techniques for getting the best sonic performance from your drum machine in the studio.


Control the Individual Elements of Your Drum Track

As with recording an acoustic drum kit, it’s important to be able to maintain control over the volumes of each drum sound within a mix. The ability to alter the individual sounds of your drum track is invaluable and allows for much greater creative freedom in your production.

Many of the first drum machines only provided a single output, which was a mix of all sounds being sequenced. A lot of the early Ace Tone and Hammond drum machines were designed as devices to accompany a performer or group and only featured one basic tone control similar to that on an electric guitar, giving users little control over the tone and volumes of individual sounds.

Additionally, these early preset drum boxes often didn't provide a way to solo instruments. Without modification, they would need to be recorded in one take as one mix, leaving little option for further sonic manipulation. Still, creative use of EQ and compression, coupled with manual tone controls and individual volumes (if available) can allow for some interesting variation when recording with vintage preset drum machines.

Drum machines eventually did progress from the preset-only boxes to more advanced user-programmable instruments. Roland’s CR-78 CompuRhythm was one of the first of these examples. Later, the ability to track individual drum sounds simultaneously opened up more advanced opportunities for processing and mixing. By the time the famous TR-808 came out, Roland had figured out that individual outputs for each sound were a highly desirable feature and one that could be found on many of the high-end analog and sample-based drum machines of the ‘80s.

In short: Take advantage of individual outputs if your drum machine has them—or consider tracking one part at a time to later mix together. Depending on your end goal, you may lose a bit of the natural compression/distortion from the internal mixing of those older drum machines, but you will gain a lot more flexibility in return.

On the subject of mixing and mixers, channel strips and old consoles can also be a treasure trove of harmonic richness. Often, the simple EQ sections and less-than-clean preamps found in vintage (but not overly expensive) consoles, like Yamaha’s M512 or its more well-known PM series cousins, can add a lot of harmonic character to drum machines that sound flat or too familiar.

Hardware mixers can also be used for summing the individual outputs of drum machines into a stereo mix, yielding results that range from basic analog warmth to gritty distortion (through overdriving the master section). This sub-mixing technique can also come in handy if you are working with an audio interface that lacks enough inputs to simultaneously record each individual sound.

Compression is an important tool in the arsenal of any recording engineer and can be especially useful when it comes to tracking drum machines. Compression involves the lowering of overall dynamic range of a source by automatically reducing the gain once the sound goes above a determined threshold.

Strapping a compressor—either hardware or something like Ableton’s Glue Compressor—across the drum mix can go a long way in getting the drums to sit in the mix together. Using compression on individual drum sounds can perceptually increase their decay.

Subtle compression applied to the kick drum of a TR-808 (or any of its many clones) can help extend the audible decay further. It’s also useful when re-purposing the 808 kick as a bass sound—a technique employed on many hip-hop recordings.

Modern drum machines, like Roland’s TR-8, allow for greater sound control than the originals that inspired it, adding things like pitch control, panning, and compression on board.


Work With Tape for Added Character

For those that don’t have access to two-inch, 24-track tape machines, there are a wide variety of tape emulation options available today that can mimic the compression and harmonic distortion found in the analog world. Some interesting options include the Empirical Labs Fatso and the Vintage Warmer software plugin from PSP, as well as multiple classic tape machine models from Universal Audio.

If a more lo-fi sound is what you’re after, the trusty Tascam Portastudio series can serve as amazing color boxes for recording many types of sources. There is a fair amount of natural compression added when recording to cassette tapes, and if signal levels are pushed hard, this increases along with distortion—sometimes in a desirable way.

Recorders like the classic Tascam Portastudio 246 has a simple but warm EQ, with full and crunchy preamps that add a lot of additional character to the sounds. While you won’t get the subtleties of recording to two-inch tape with old four-track machines like the 246, you can still get some of that wonderful analog warmth and hiss for which tape is still loved.

Another very simple but effective studio tape technique that can be applied to drum machine recording is ADT or Artificial Double-Tracking. Originally developed by Abbey Road Studios engineers working with The Beatles, the technique utilizes a simple, short tape delay to bounce a copy of a recorded signal back into the mix, which provides an identical but slightly delayed copy of the original signal. This creates a subtle chorus or even a flanging effect, depending on the delay time.

There are many ways to create this effect with a modern studio. The easiest way being to simply copy the recorded signal and nudge its start time forward a few milliseconds, or to use a dedicated plugin such as the Waves Abbey Road Reel ADT from The Abbey Road Collection.

Here is an example of using ADT, compression, and multiple outputs with an Arturia Drumbrute recorded straight into Logic via an Apogee Symphony I/O interface. The first file is a single mono mix of the pattern. The second was recorded with the snare and hi-hat on individual outputs from the rest of the mix. The hi-hat is processed with Logic’s built-in compressor plugin, which uses the rest of the mix as a side-chain input for some dynamic variation. The snare track is doubled with the copy processed by the sample delay in Logic, and both signals are panned opposite each other for a wide stereo ADT effect.


Bring in Guitar Pedals and Other External Effects

Don’t forget about stompboxes. While usually resulting in a more extreme effect, guitar distortion and other effects boxes can be an invaluable studio tool. The ubiquitous and humble Boss DS-1 is a powerful distortion for electronic snares, and modded versions like the JHS model can yield even more interesting sonic results.

Other, more advanced stompboxes—especially time-based effects, like delays and phasers—can really broaden the sonic palette of your drum machine. Chris Daresta of the Atlanta duo Pyramid Club suggests utilizing the MIDI clock output ability of nearly all modern drum machines (as well as most vintage devices from the early ‘80s onward) for effects syncing options.

This can be a useful feature for stompboxes such as the Eventide TimeFactor, which has MIDI-syncable delay. You can hear this in use on some of the snares and hi-hats on the track “The Law" from Pyramid Club’s Cyclic Obsession release.


Use or Mimic a Machine's Inconsistent Timing

Many drum machines—particularly vintage boxes like the TR-909, Oberheim DMX, and LinnDrum—are known for their specific sequencing feel. In some cases, sequencing these via MIDI may cause that vibe to be lost, as the micro-timing inconsistencies of each machine’s sequencer is lost.

Sequencing software has, for some time, tried to imitate the feel of classic drum machines and samplers, such as with Ableton Live’s groove templates. If you have a few hardware drum machines, it’s a fun exercise to sync them all up to a common MIDI clock and mix their outputs.

Even if programmed without swing and with similar or complementary patterns, the kick on the one will not hit at exactly the same time. Each subdivision of the beat will not line up exactly, and it is these small inconsistencies which can lead to the unique feel of using hardware drum machines.

With the huge diversity of manufacturers and modules on the market today, modular synthesizers can also provide unique sources of external processing for drum machines. They can also extend methods of sequencing in interesting ways. Sequencers like the TipTop Trigger Riot or Make Noise Rene can be used with some drum machines or synthesizers that feature trigger inputs for their voices, bypassing the built-in sequencers.

Oliver Chapoy, who records as Certain Creatures, employs a Eurorack arsenal that includes several different filters and the Mutable Instruments Elements, along with the Elektron Rytm module to synthesize and process drum sounds. Some interesting examples can be heard on his newest release, Nasadiya Sukta

While certainly not an exhaustive document, the tips and techniques mentioned here will hopefully spark some new ideas and set you on a path for getting the most out of your recordings. Drum machines developed in the late ‘70s and ‘80s are still used everywhere in music production today, and developing creative new methods to record and modify their sound will help your jams stand out.
Posted by ViennaCC at 3:00 PM