Awarded at International Film Festival Milan 2017 for Best Editing of a Short Movie.

My short report about International Film Festival Milan 2017 with interviews with managers. http://www.filmfestinternational.com/

Festival at Novotel / Milan November 25, 2017 to December 2, 2017. The days before gala films were shown in 3 rooms. My film was shown on thursday, November 30 in room 3. I was not present. I simply have overseen and thought that my film was not shown.
Gala dinner was on December 2. We had lamb steak, wine, sweet, coffee,...
I left at midnight because my hotel was in the south of the inner city of Milan while Novotel is norh the inner city. 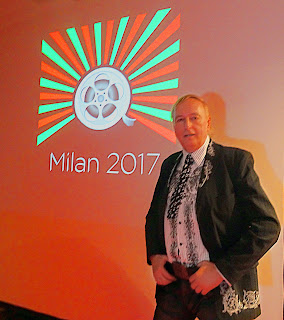 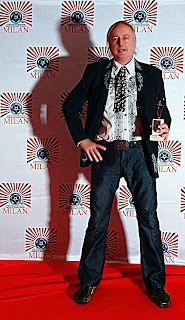 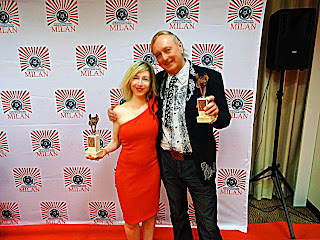 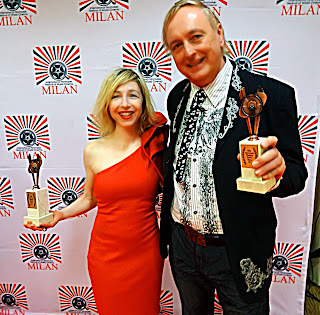 Anna is producer and actress. Her film "Invisible Alice" is a funny short film with the typical Russian soul. Anna is full of emotion and wants to sing. Her mama wants her to get married, but to a man with money. Typical Russian mama. 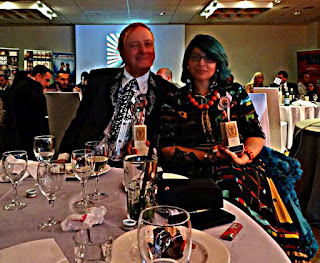 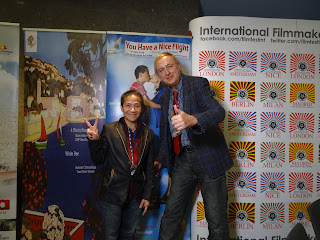 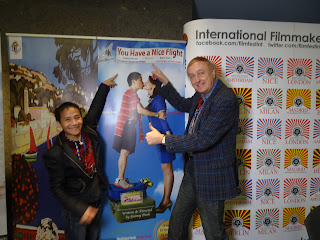 Jimmy produced the film "You Have a Nice Flight" and plays the main role. A Vietnamese man (jimmy is Vietnamese, but lives and works in Beverly Hills / Los Angeles) needs to get home. But that's not easy. A lot of troubles are waiting on the airport. Jimmy plays with cliches about Asian people (small, always friendly, big luggage, spicy smelling food) and US (harsh security, stewardesses executing rules - Americans love rules and regulations). Very funny. I often said to myself: Oh, yes, that's the way they are. Here the trailer https://www.youtube.com/watch?v=6aeO0Bsc1gI