About the musician VEN, Eduardo Campoy

I heard VEN on Soundcloud and I like his productions very much. Modern songwriting and producing, a good vocal performance and finally a unique sound. This man is from Seville, Spain. 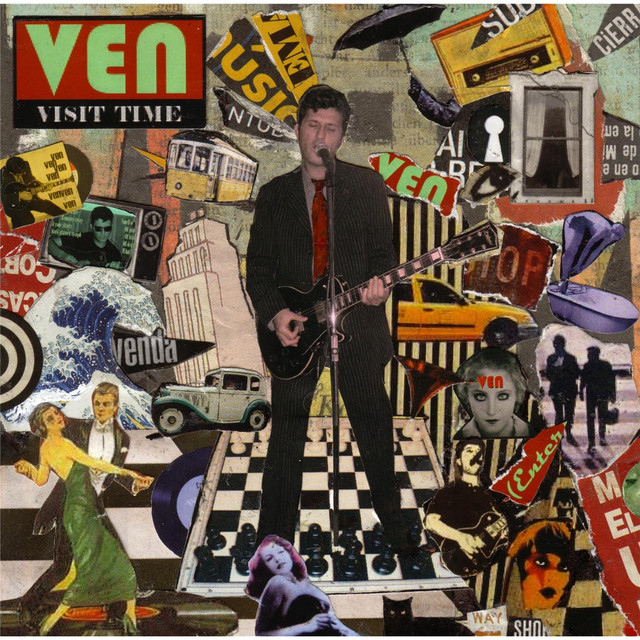 Here what he writes about him (I translated it from Spanish):
VEN is the project of Eduardo Campoy. In the 90's he led the Sevillano trio of powerpop Club Radar as a singer and guitarist. He is currently working on the personal project VEN, in which he records all the instruments. He composes and produces his own records in his studio. Currently he has published 2 albums with the name of VEN, Visit time and The Misfit's land and a third of instrumental music with classical instruments of string and piano. Very influenced by soundtracks.
VEN is a project perhaps close to powerpop, but with sixties, classic and pop influences from the 90's. With group vision, but personally recording all the instruments, I like to adorn the songs with collages in which color and pop aesthetics And vintage be the Protagonist.
Musically, there are optimistic melodies, sometimes obscure, with intimist and sometimes combative lyrics with current reality.
URBAN DRAGO is a parallel, instrumental project with classical string and piano instruments. Near perhaps to the soundtracks of the Cinema.

He also has good collage works shown in this blog http://www.latostadora.com/collagespop
Posted by ViennaCC at 9:15 AM

Email ThisBlogThis!Share to TwitterShare to FacebookShare to Pinterest
Labels: ven