Adding retro lines to a photo


Adding lines to a photo can give a dynamic moment to the picture. Lines are identified with movement, although in a static picture. In my example I want to show the wind blowing from the background over the square.
It is TownTown in Vienna. The skyscraper in the background is the Wiener Stadtwerke Tower. The photo was taken in November 2012 in the morning. 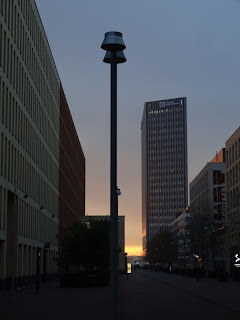 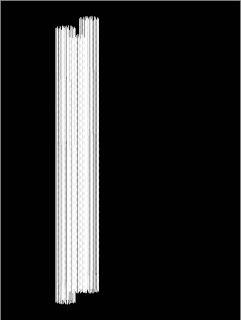 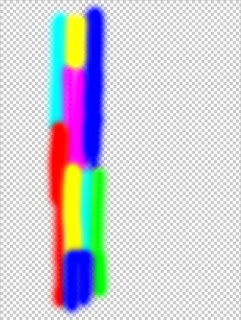 I combined the Lines and Colours with method "multiply" to get coloured lines.
Then I moved the coloured lines, Rotated, Perspectived and Distorted it to put it into the right position. I also wanted a wave in the lines. The endpoint near the middle is made lighter, because the background is light from the rising morning sun.

I repeated this procedure for the second lines.

The layers I created (named in German language): 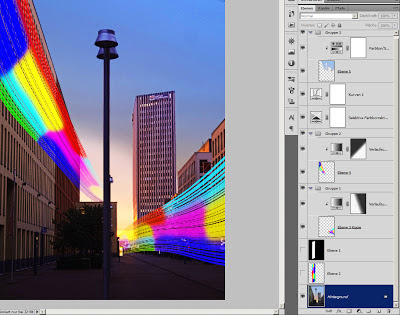 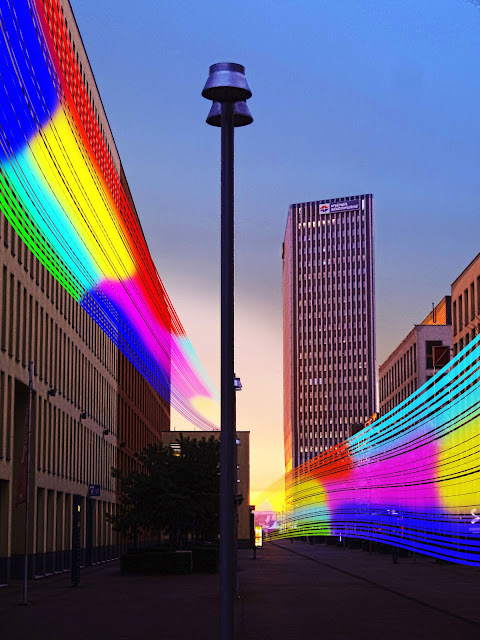 Posted by ViennaCC at 3:00 AM No comments: