How to create a shatter picture 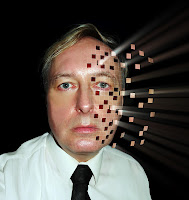 Create a portrait picture with blocks made of skin. 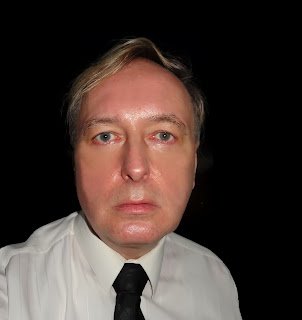 2) Create mask. Create new document with 80x80 pix. Draw a white "L" with width 1 pix. The rest is transparent. Create a mask from it. 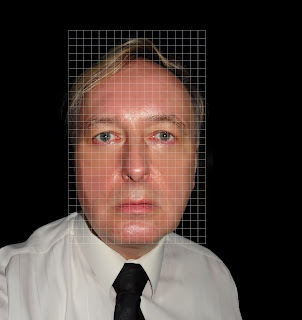 4) Skew the mask and fit it to the face. 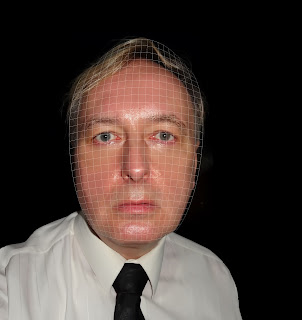 5) Mark squares in the mask-layer. Cut out the marked squares from the face layer and insert it into a new layer ("square layer"). 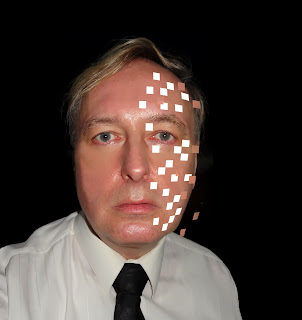 6) Make a block out of the squares. Copy the squares layer 7 times. Them move the first copied square layer one pixel to left, the second copyied square layer two pixels left and so on. Combine the (7) copied quare layers to one layer and place it behind the square layer. Reduce brightness in this layer.
Do this a second time or as often you want for more blocks. 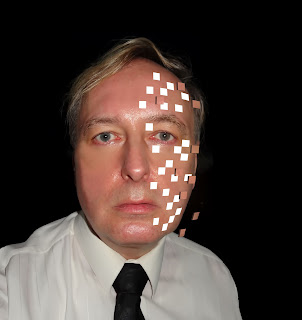 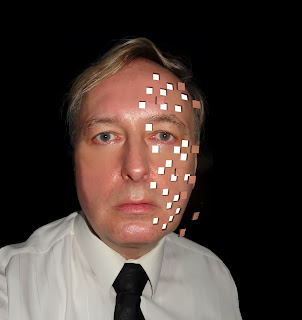 8) Make flesh. Reduce brightness and add colour to original face layer. This layer has no blocks cut out. 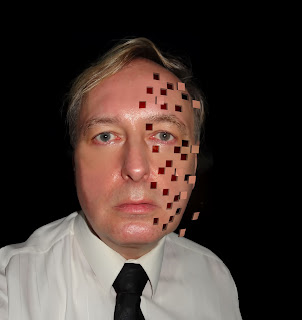 9) Create movement. Copy the "mask layer" and creat movement by hand or with a filter (if you have). I do it with filter "Tiffen Dfx3 V3 / beams". 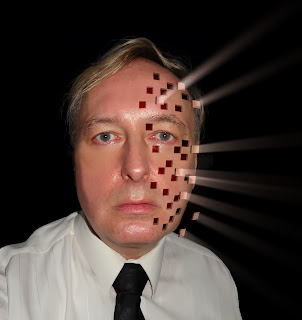 10) Improve the picture in any way as you like - it is a question of taste. I put on a colour filter on the final picture and placed more squares. The picture should look like being constructed by blocks shortly before fulfilling the picture. 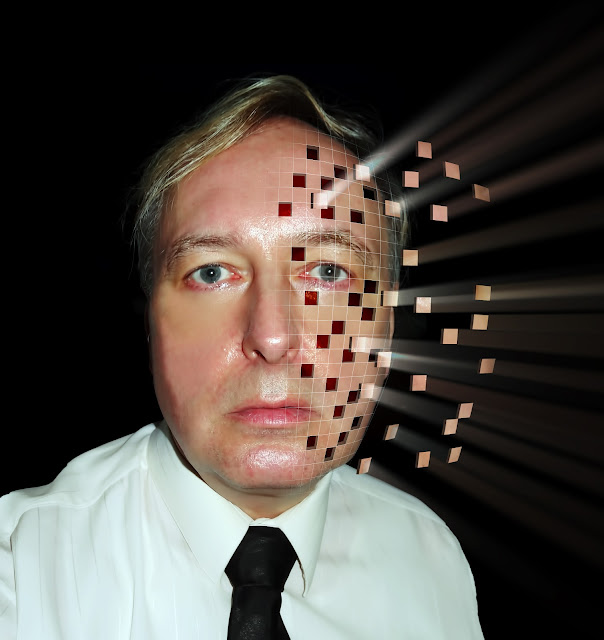