Propella and "My name is music" rock Vienna

Propella, Lady band from Vienna, former 2 and now 3 members in the band. Babl Raketa (Guitar/Vox), Nadine Abado (Bass/Vox), Heike Mangold (Drums) rock indie pop style. Invited them to make a short film report. 2 vocals counterpoint in melody and rhythm to each other. Drummer is a new member, missing the cue in one song ended up in laughter. But that's alright, ladies are well atuned and played in the underground atmosphere a great gig. 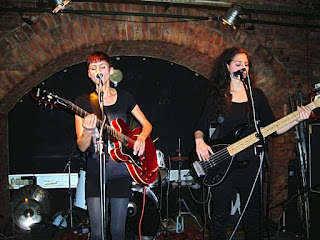 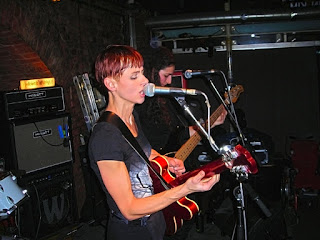 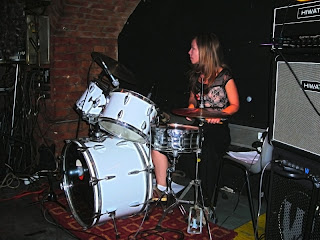 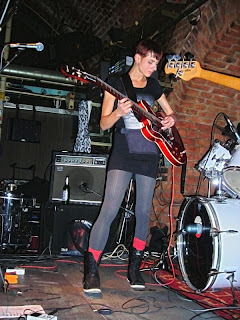 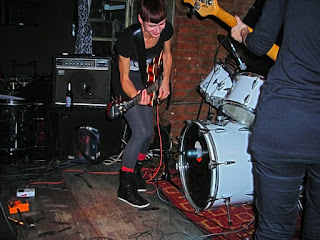 Links:
http://www.myspace.com/propellamusic
http://www.reverbnation.com/propellamusic
Another band this evening was "My name is music" from Vienna. This minimalistic band could do more out of their ideas. They play with guitar with a lot of effect boxes and percussion where he plays guitar and foot-snare, she makes singing and bassdrum & crash. If they would add bass and drums and let her sing only or even use the background sound from computer they would have a better sound. For my taste they have good ideas but this minimalistic sound is too empty. The more occasionally she missed the tact - no wonder when singing and beating. 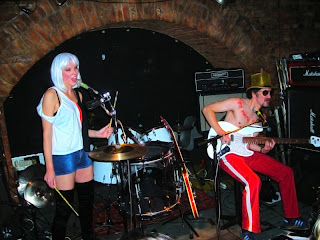 Meet & greet:
Also seen: members of German band "The Working Class Bastards"
and Dude, drummer of band "Unding" and Rosa Nentwich
Posted by ViennaCC at 11:03 AM No comments: