My last words in one of the scenes were (filming at the Kunstmue music festival) "... front stage and backstage". We had to do it three times because I always said "front page and backstage". It was the last sentence in the scene. And I wanted to do it with a little more action with eyes and hands. But director indicated not to do too much action. My comment: "ok, let's do a geriatric version not to wake up pensioners."

We had black couches and I was dressed up in black. So we put red blankets on the sofas for contrast reason. 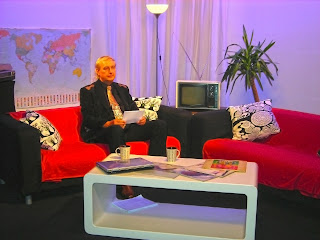 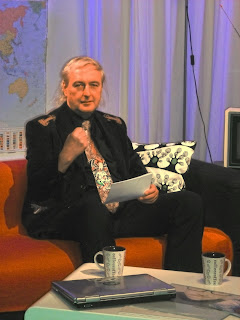 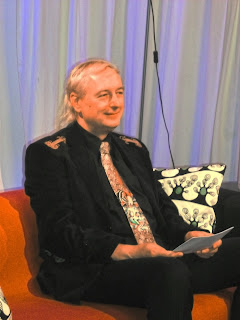