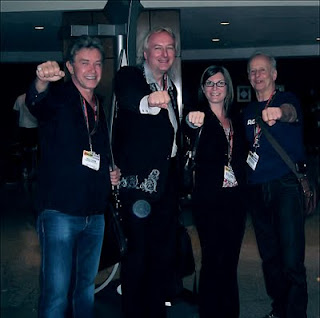 Gary Taylor (right) from Canada. Next musicfestival Canadian Music Week 2012 - March 21-25, 2012. Maybe a good chance to visit Toronto. Left is a collegue of him. The lady is working for Canadian Administration / office Los Angeles. 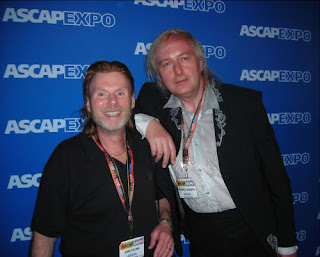 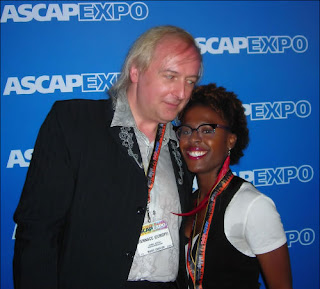 Volunteer at ASCAP EXPO. I asked: "What volunteer? Army?" She denied with a touch of protest "Oh, no! ASCAP volunteer" 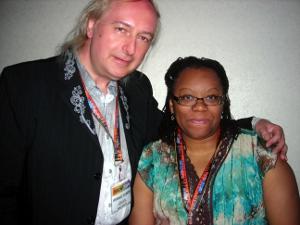 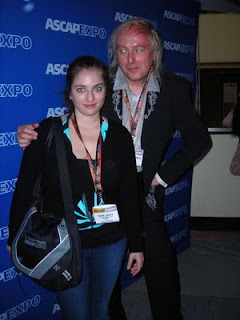 Sinem Saniye, who I met at MIDEM in Cannes, was also here at ASCAP EXPO in Hollywood. Plays nice pop. On her HP are links to Youtube, Facebook and more. 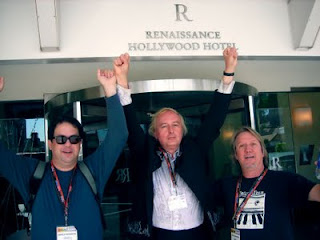 Left Charlie Recksieck from band "The Bigfellas" coming from San Diego. Well, sounds like mafia. I asked him about and he replied, he is not member of a mafia-group.
Right of me Spud Davenport, a singer/songwriter/drummer/producer from Escondido (California). 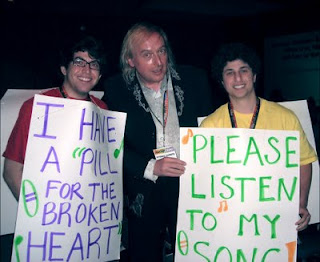 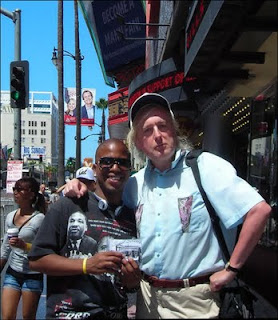 Rapper selling his CD on the Hollywood Bvd. I was on going to my hotel after a sightseeing day in L.A. I whispered to him "I look like a damn fucking tourist!" He replied "Dont mind"
Posted by ViennaCC at 10:23 PM No comments: